ARPA-E focuses on next-generation energy innovation to create a sustainable energy future. The agency provides R&D support to businesses, universities, and national labs to develop technologies that could fundamentally change the way we access, use, and store energy. Since 2009, ARPA-E has provided over $2 billion in support to more than 800 energy technology projects.

In January, we introduced a new blog series to highlight the transformational technology our project teams are developing across the energy portfolio. In this installment, we look at how the LanzaTech and Pacific Northwest National Laboratory (PNNL)/Blue River Technology (BRT) teams are converting bioprocess and biomass production ideas into reality.

LanzaTech designed, built, and demonstrated a new bioreactor concept capable of converting different gasses to fuels and chemicals at a lower economic cost than existing technology. LanzaTech’s bioreactor combines a novel device for microbubble formation with a reactor geometry and liquid circulation approach that dramatically increases gas mass transfer coefficients by nearly ten times above that in state-of-the-art gas/liquid bioreactors. The new reactor design enables 50% more gas to be processed in each bioreactor, allowing for the installation of smaller gas sources at lower pressures, which significantly lowers the energy requirement for gas compression.

Biologically based processes, or bioprocesses, employ microorganisms as “biocatalysts” to transform a myriad of carbon sources into valued, sustainable fuels and chemicals. The development of novel, highly efficient bioreactors enables economic bioprocesses to produce fuels from multiple carbon-rich waste gas streams. These streams would otherwise enter the atmosphere or combust with or without energy recovery, thereby generating carbon dioxide. Only a small number of these gas sources are of sufficient scale to enable competitive fuel production economics today. New bioreactor technologies, like those LanzaTech developed with support from ARPA-E, will enable bioprocesses to operate profitably at small-scale in distributed locations, while recycling carbon that would otherwise be released into the atmosphere.

Under its initial ARPA-E REMOTE award, LanzaTech demonstrated proof-of-concept with bench-scale prototypes. Upon receiving additional support from ARPA-E, LanzaTech designed, built, and successfully demonstrated performance of a 500-liter bioreactor at the company’s field site, the Freedom Pines Biorefinery in Georgia. LanzaTech is now working with Emissions Reduction Alberta to scale its bioreactor, with the hope of achieving commercial-scale deployment in the United States within the next five years. As a result of its partnership with ARPA-E, LanzaTech will be able to expand the number of commercial opportunities to recycle waste carbon to sustainable fuels and chemicals. 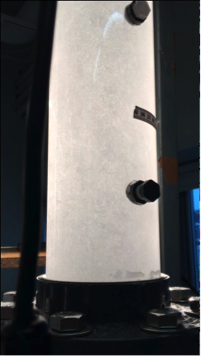 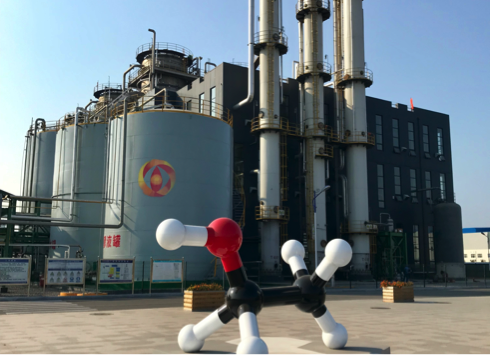 Traditionally, aboveground biomass is measured by harvesting, drying, and weighing the plant material. As an alternative approach, the team developed non-destructive, high-throughput methods to measure biomass over time. Drought tolerance was measured by mapping water stress and using sensors to compare the difference between the canopy temperature and air temperature. The overall goal of the project was to understand the traits related to increasing biomass yield and drought/salinity stress, and to predict those traits in the early stages of plant development, before those traits become apparent using current methods.

Since completing its ARPA-E award, the CASP team has received $17 million in private follow-on funding. In 2017, the team completed a proof-of-concept project on field corn with a major U.S. seed company, collecting data over breeding trials and demonstrating the successful collection of plot-level traits. In 2017, John Deere acquired BRT for its expertise in applying computer vision, machine learning, and robotics to agriculture. In 2019, PNNL established a collaboration with DARPA’s SD2 machine learning program to more efficiently mine their complex data sets and develop mechanistic models of the plants’ physiological responses.

CASP’s findings contribute toward the development of high-biomass sorghum with superior drought/salinity tolerance. The expanded use of resource-efficient energy crops could minimize production yield competition with food crops. These technologies will enable greater U.S. production of renewable bioenergy and bioproducts, which will enhance U.S. economic and sustainable energy security.